Thankfully, we have a deal done for the first phase of a U.S.-China trade pact, avoiding more tariffs. 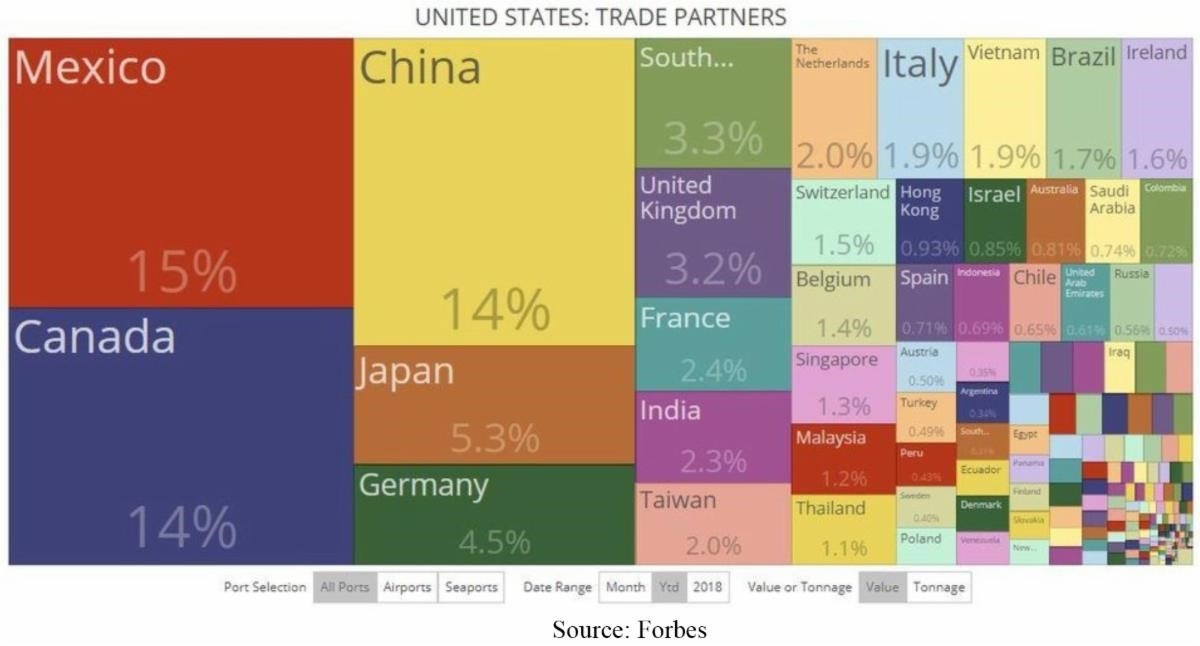 The USMCA isn’t perfect, but what ever is?

A lack of deal perfection aside, cross-border trade looks better going into 2020 and beyond. The agreement is one of the reasons major stock indices kept hitting new highs last year.

Additionally, U.S. business activity reached a five-month high in December 2019. An interesting sidebar on that is the survey data driving that outcome were obtained before the passing of USMCA and the China deal.

So, perhaps there’s more to come. Canada and Mexico are our biggest trading partners. And much of the trade activity is made up of U.S. exports to those nations. That bodes well for economic performance. And with estimates indicating hundreds of thousands of new jobs could result from the USMCA, workers should benefit too.

It’s important to recognize China is a close third in the trade partner hierarchy. But it’s equally important to understand that the relationship is unique, as most of the activity is us importing from them. To illustrate the point, we export five times as much to Mexico and Canada as we do to China.

These alone are encouraging signs for global growth in 2020 after a year of slowdown warnings due to trade skirmishes. But they’re not the only positive signs.

Further confidence can be drawn from figures released in December 2019 by China’s National Bureau of Statistics showing the nation’s industrial output for November 2019 was 6.2 percent higher than in the prior year and up from 4.7 percent in October 2019. China’s retail sales also climbed 8 percent in November 2019, which was an increase from the prior year.

Perhaps these promising developments, along with the International Monetary Fund’s 3.5 percent global growth forecast, will make President Trump puts his trade war rhetoric aside as he tries to keep the growth going in an election year.

Helping him are the recent rise in wages, along with the growing pile of cash on the sidelines, which could lead to market expansion and rising retail sales this year. Consumer spending should help too. It rose 2.5 percent last year, and since many of the technical indicators are the same as in 2019, a similar increase can be expected in 2020.

To sum it all up – inline global growth and expansion are on the table for 2020, though it’s important to note that Europe is expected to lag the rest of the world.