Today’s post will take a little bit of a different approach than discussing weekly market or economic updates because of the recent extreme market action. While perhaps unnerving, it’s provided us datapoints for important analysis and highlights why we follow “big money” data.

Markets have seemed to act irrational, which can occur somewhat often. But that can mean there are things happening beneath the surface of the waves that we can't see and don’t fully understand until more data becomes available. This scenario took place in April and May.

We saw markets nosediving, even though it seemed like earnings season was going well. But as readers of this blog know, a couple weeks ago we posited that this may have been a result of a leverage issue across Wall Street.

Unfortunately, leverage issues don't become public knowledge until it is too late. That is, unless you are watching “big money” data and can read the tea leaves.

Well, this hypothesis has proven to be true. Last week it became known that hedge fund after hedge fund was confronted with massive margin calls in May. As a result, some funds are closing their doors and one of the best performing funds historically is down more than 50% for the year.

Digging a bit more, we know growth stocks especially have been feeling the pain since the middle of November. It accelerated in April and May as we hypothesized that market pressure was due to forced selling as a result of margin calls.

To put this simply, as stocks go up, margin goes up. But as stocks come down, margin must come down as well…quickly. Revisiting some MAPsignals charts from a few weeks ago, you can see this illustrated in the margin debt balances in two different time periods (2003-10 and 2010-22):

We thought this action would lead to “big money” hedge funds blowing up at some point this year. And as we got into June, all of a sudden, the mainstream media began talking about this exact issue as more detailed data started to become available, confirming what we identified underneath the surface a few weeks earlier because of our trusty “big money” data.

Last week we even saw a tweet from the ever-present Jim Cramer more or less confirming our theory (his partner David Faber focuses on hedge funds and other institutional money managers): 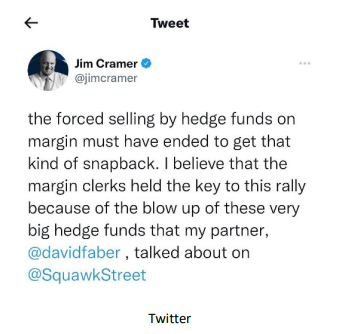 To give a specific example, we want to discuss Tiger Global Management, a tech-focused fund. It launched in 2001 and has an extensive history of incredible investment returns, delivering average annual returns of 20% since its inception, per Bloomberg. Additionally, this firm is a perfect example of the “big money” we talk about constantly as it currently has $95 billion in assets under management.

But recently, it's become public knowledge that Tiger Global is down to the tune of 34% last quarter, and 52% this year through May. We don't mean to pick on one fund, but you may be wondering why we bring up this one fund.

First, Tiger Global is one of the biggest, most successful hedge funds around. It essentially going from first to worst is newsworthy. Second, and more importantly, this shows how “big money” affects the market quickly.

While we don’t have Tiger Global’s exact margin statistics, we know which stocks the fund invested in, thanks to work from our friends at MAPsignals. The following table, from hedgefollow.com, shows Tiger Global’s top 50 holdings: 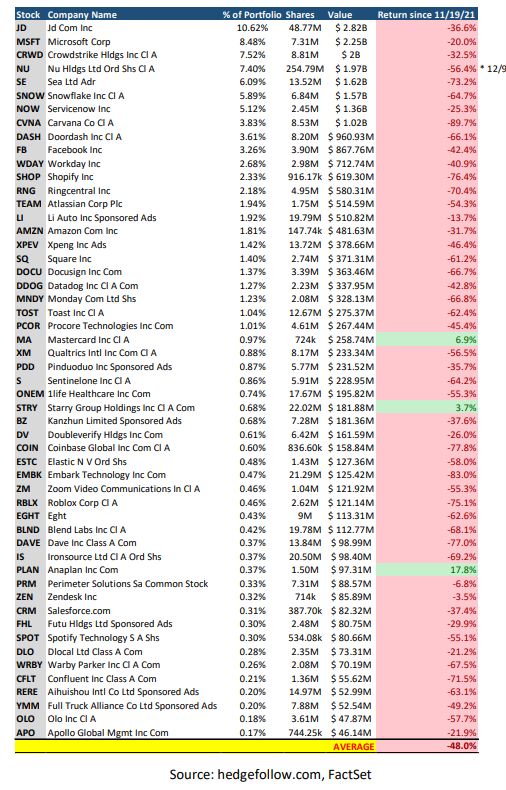 That, folks, is “big money” in a nutshell.

These losses are monumental. And it's not a far stretch to imagine that as many of these shares came under pressure, margin calls almost assuredly followed. While the market was good and interest rates were effectively 0%, the use of margin debt by Tiger Global to boost returns would have been impossible to resist. But there is a risky flip side to margin investing, and we’re seeing it in action.

Again, to be clear, we're not trying to pick on one hedge fund. It's just merely that this data has come out recently. Over the last couple of weeks, it's also become known that another hedge fund, Melvin Capital, will unwind due to heavy losses.

Tiger Global and Melvin had more than $100 billion under management combined. And we don’t think this is the end. More closings will likely occur over the next month or two.

It’s important to reiterate that the goal of this post is to highlight the power of “big money” and how it can quickly affect market volatility, especially when leverage is involved. This is why we pay such close attention to “big money” data.

The silver lining in all this is that we believe the huge wave of margin calls are likely behind us. That seems to be reflected in the recent bounce of MAPsignals’ Big Money Index (BMI), which measures “big money” investment activity: 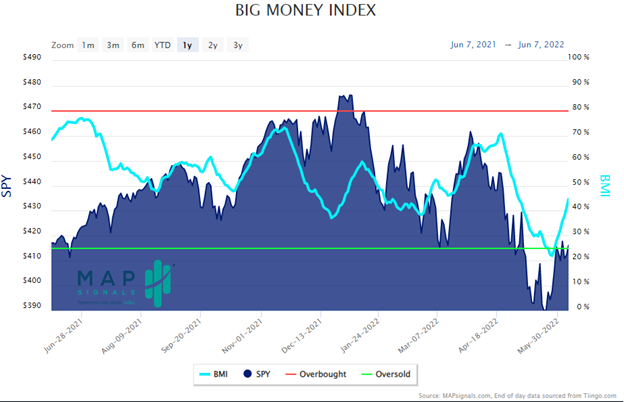 This is mostly a result of selling disappearing because while buying is up, it hasn’t come close to extreme levels: 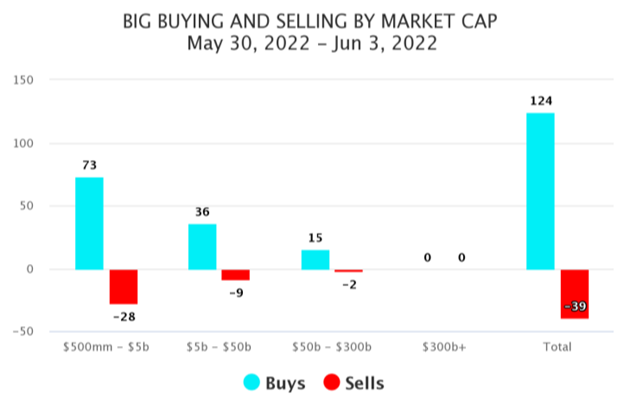 And that could be because most of the buying has remained in the energy sector:

Reading between the lines of the BMI back in May is what helped us peak behind the curtain and gave us confidence in our prediction of lowered volatility and potential market bottoms around the beginning of June. Based on current data, we think over the next few months stocks will consolidate and volatility will ease (although inflation data will have a say in that). There will probably be broader leadership too outside of energy. All this whiplash is a bit chaotic, but in the long run it will help markets regain footing for the future.