It’s our last post before Election Day, and the best news I can give you is tomorrow it will all be over (hopefully). The second-best news we can give you is “stocks typically climb, regardless of who's in the White House.”

Obviously, that doesn't mean every individual’s vote is irrelevant. Rather, it means voters in totality typically build in checks and balances that often cause a balanced political gridlock. That’s usually a good thing for the market: 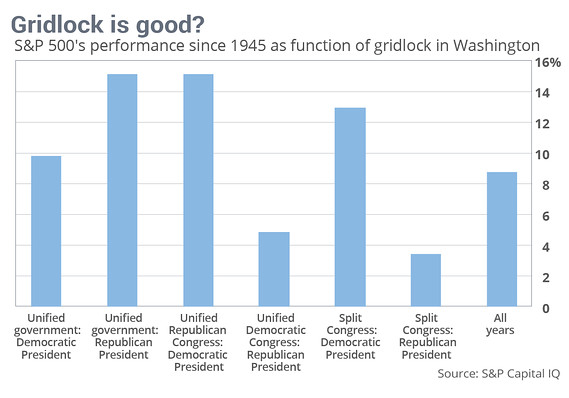 If gridlock doesn’t happen when a new president takes office, it often occurs in midterm elections. Recent examples include:

But what if there isn’t gridlock? What if there’s a wave of either color, miraculous or not?

Let’s look at history for some comforting data.

Going back to 1929, one party controlled both chambers of Congress and the White House nearly half the time. The S&P 500 rose 7.45 percent in those years, with the index being up 30 of the 45 times this situation occurred.

From a long-term market perspective, there is virtually no difference who is in office.

Keep in mind, this analysis simply focuses on market effects and which party is in office. There are no considerations for policy, societal happenings, or anything other than market performance and the political party balance at the time.

Usually during the 11 weeks between Election Day and the inauguration, Wall Street's a fairly uneventful place. That said, we’ve mentioned before the one extreme in 2000, when a contested election between Bush and Gore led to the S&P 500 falling 6.3 percent.

That reinforces our base theory that the market primarily cares about clarity or certainty of the winner, not who wins. If there is a contested election, we think the NASDAQ could take the biggest beating considering it’s up 28.7 percent so far this year, versus 7.26 percent for the S&P 500 and a -0.7 percent return for the Dow Jones Industrial Average.

Even if a contested election takes place, the economy is still showing signs of significant recovery, with the third quarter gross domestic product (GDP) coming in at a 33.1% growth rate annualized, despite an unbalanced recovery: 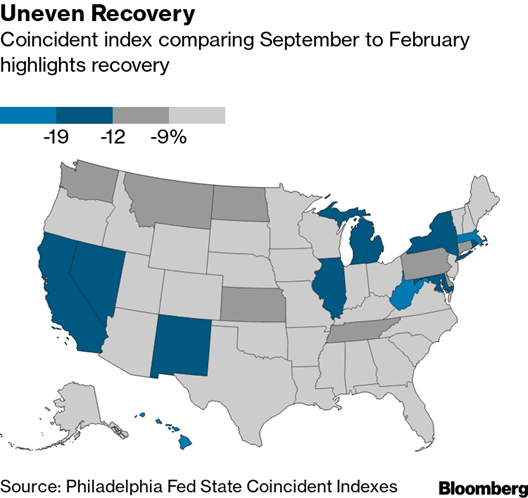 Also, contrary to popular media takes, if you compare all of the U.S. to all of Europe, rather than state-by-state and country-by-country, the U.S. is outshining Europe economically and on the COVID-19 front. Consider, for instance, these measures of manufacturer orders (more than 50 means growth, less than 50 means contraction):

We’re prepared to adjust portfolios accordingly during our usual quarterly rebalances as we allow some time to get a better picture of how things will unfold (i.e., let policy talk instead of lying politicians on the campaign trail).

Still, our view is clear – remaining fully invested, no matter who is in office, is a long-term winning strategy: 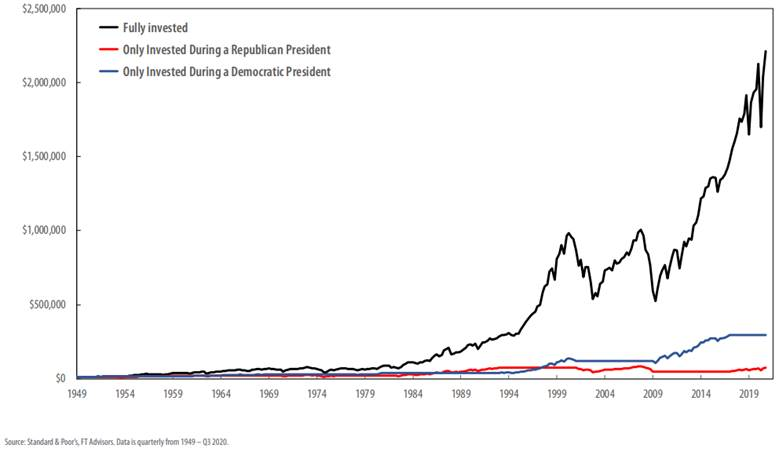