The week of March 14th was the best week in the markets since November 2020 and that positive momentum continued through last week.  Almost like a straight arrow up in the charts.  But nope, we’re not going to talk about that today.

Instead, I want to talk about the economic “r” word you’ve surely heard about recently by talking heads, I mean TV analysts.  But which one – Russia, rates, or recession?

The last one. We’re not saying a recession is going to happen, but if it does, remember that it's a normal part of the economic cycle. And here’s an important takeaway – just because that word is battered about, it doesn’t mean we’re near the end of the world.

So, we’re writing today to address fears that have arisen from recent narratives you’ve probably heard or read recently.

Bumps in the Road

Russia's war has sent inflation into overdrive, turning economic growth into stagnation. It brings to mind Russian tanks stuck in the Ukrainian mud. All go, then no go. 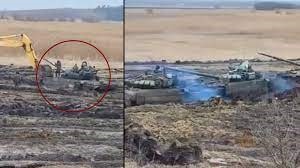 According to a report released by the Organization for Economic Co-operation and Development (OECD) a couple weeks ago, a prolonged Russian invasion could knock 1.1% off the global gross domestic product (GDP) for 2021 while increasing global inflation by 2.5% above already lofty levels.

The damage in Europe could be worse, as the OECD said the eurozone GDP could be down 1.4% and most likely reach a recession (there’s that word again). Per the same report, the damage may not be so bad in the U.S., though our GDP could still be 0.9% lower than first expected.

But all that relies on a continued hot war.

Again, we’re not saying there’s going to be a recession, or that even if there is, that it will be like 2008-09, as some fearmongers have discussed. Still, let’s talk about recessions. 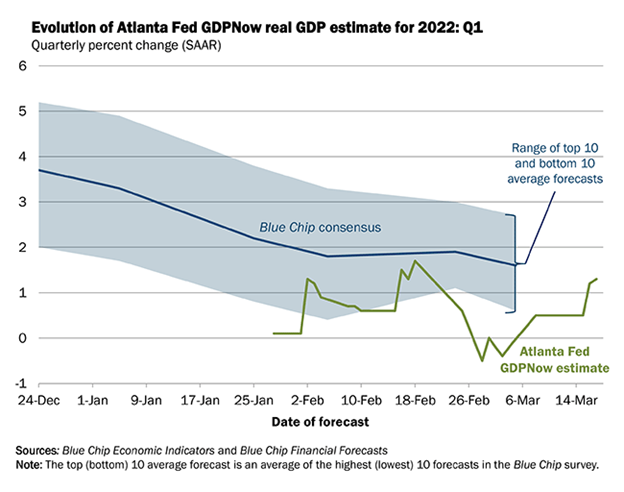 Additionally, the CNBC rapid update after the war's initial impact indicated a 0.8% dent in U.S. GDP in the second quarter, which brought it from 4.3% down to 3.5%. But overall, CNBC only saw a slight GDP decrease for the full year, which does not indicate belief in a GDP-led recession: 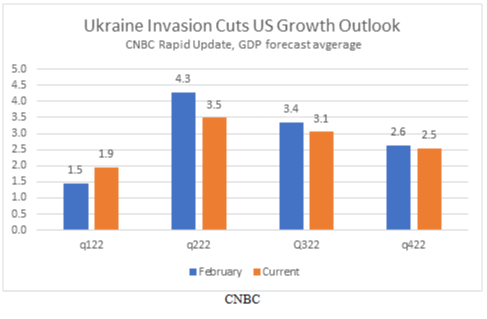 The real risk at play whether Federal Reserve Chair Jerome Powell can achieve the “soft landing” we’ve discussed previously in which inflation is tamed without economy-wrecking rapid rate increases.

Again, we don’t think a recession is imminent. We’re watching what’s happening. And regardless of what happens, we have a game plan.

Whenever the word recession comes up, it seems Generation Z thinks of COVID-19 destroying their Robinhood accounts, millennials think of how the subprime mortgage collapse affected their Vanguard funds, and boomers laugh as they went through the “dot com” crash, the early 1990s interest rate run, and the Iranian oil crisis. The word means different things to different people.

What is a Recession?

While recessions may sound like doom and gloom, they’re a healthy part of every business cycle. 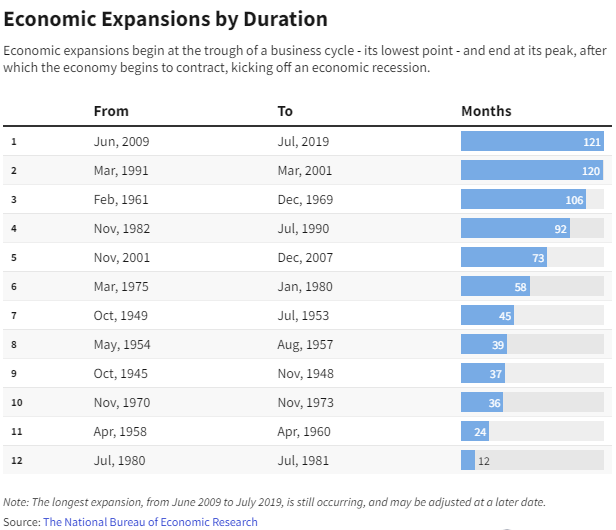 Prolonged periods of expansion need time for digestion as the credit market expands and contracts. This is healthy and has happened many times. Nonetheless, there are several helpful data indicators that we will continue to watch so we can prepare ahead of time as needed.

The History at Play

When you think back hundreds of years to properly build out a dataset, you quickly realize how new we are to all this. Before 1857 there is no data on recessions. And even the data from the early 1900s is scarce.

But here is a table on recent recessions and what led to them (you may need to zoom in on this): 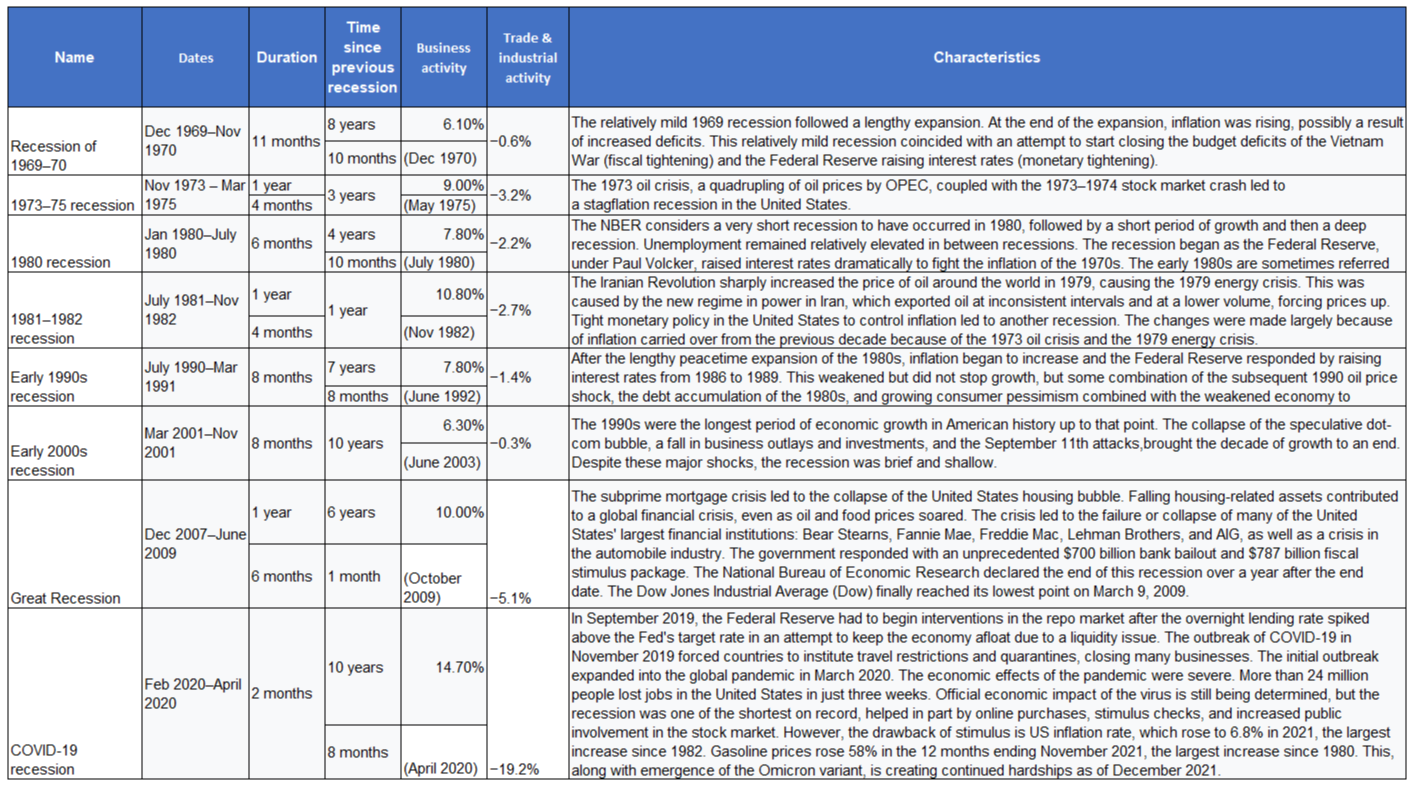 We want to highlight how there have been eight recessions since the 1970s. To us, that reinforces the historical context that they’re part of overall growth, akin to pruning in gardening.

In other words, recessions happen. We’re not saying a recession is going to happen, but if it does, remember that it's a normal part of the economic cycle.

Interest rates act as a temperature gauge during credit cycles. When income is rising, asset levels are going up, and the stock market is ripping higher, people start to binge. This spending causes inflation to run wild.

Keep in mind, the Fed has two primary jobs – control prices and control employment. With prices and inflation running hot, the only viable conclusion is that interest rates are going up (as we're starting to see.)

However, to avoid a recession, we need the aforementioned “soft landing.” The key to this is the ability to increase rates to curb inflation, but not so fast that GDP growth is choked off by high borrowing costs.

If we look at S&P 500 performance in periods coming out of recessions, it's historically proved to be a great buying opportunity: 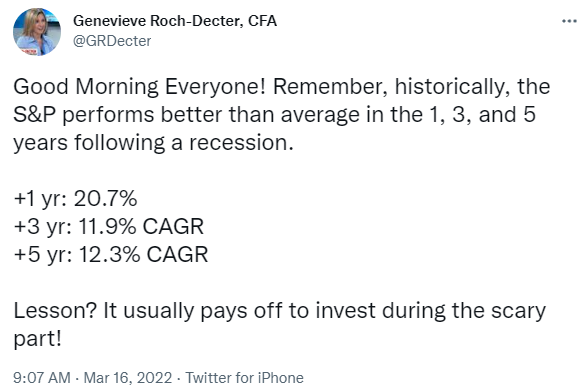 But we’re also about to enter a Fed rate hike cycle. The reaction to this actually began back in November as a massive selloff materialized around speculative technology. If we look at tech stocks by growth, we’ve seen drastic multiple compression: 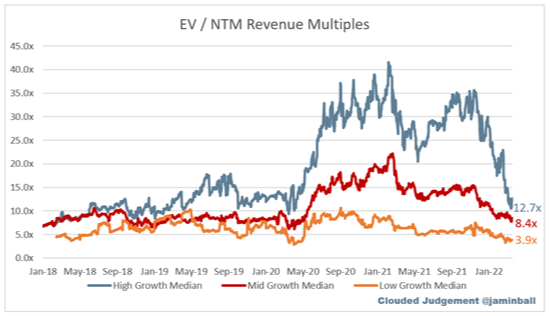 We've already seen a lot of capital reposition itself within the system. The question now is how much of this action is already priced in? 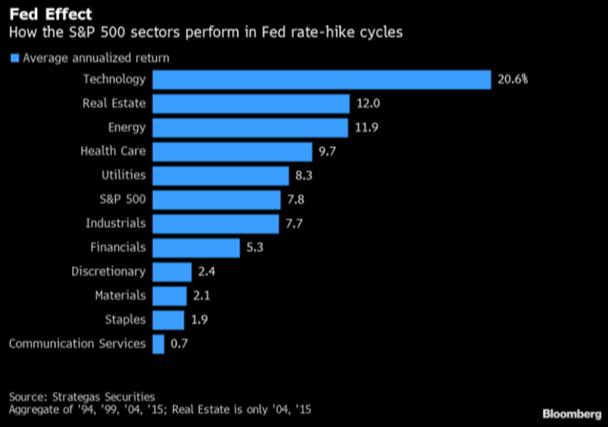 And even with very high inflation, it's not all doom and gloom when it comes to equity performance: 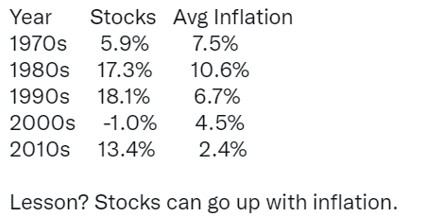 We’re not saying a recession is going to happen, but if it does, remember that it's a normal part of the economic cycle.

Stick with Quality, Be Resilient

When it comes to investing, if you keep calm, remove emotion, and stick with fundamentals, you can handle the storm. Again, we don’t think a recession is on the horizon, but one of the best strategies (and one that we’ve been talking about for a while) is to invest in companies with low debt, good cash flow, and strong balance sheets (i.e.-Dividend Growth Companies).

On a final note, let’s recall that March 23 was the two-year anniversary of the stock market lows due to COVID-19. Even after the market's first quarter 2022 decline, three of the four top indexes doubled in the last two years.

That should help put the past two years in perspective. It should also give hope for a strong recovery in 2022 once the “known unknowns” of a negotiated end to the war in Ukraine and COVID-19 further retreating actually happen.

Remember, we humans are unbelievably resilient.