Earnings Better Than Feared and How Imbalance Swings Markets

As earnings season ends, incoming data is slowing significantly. We mentioned weeks ago how important the upcoming data would be to determine which way markets would go. So now we want to take time to briefly review the landscape now that real data has emerged.

Overall, the number of S&P 500 companies reporting positive earnings surprises and the magnitude of those surprises continue to rise as earnings season went on, especially over the past couple of weeks. While the S&P 500 as a whole looks like it will report the lowest earnings growth since the fourth quarter of 2020, we must keep in mind that it’s a difficult comparison as a result of unusually high earnings growth in the second quarter of last year coming out of the COVID-19 pandemic. That considered, earnings and revenue have not been as bad as feared. 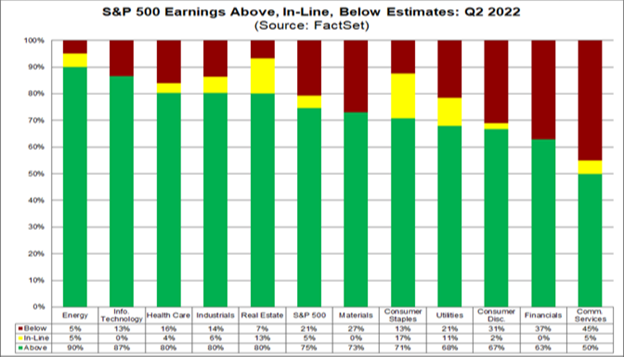 But we must point out the energy sector, which has by far been the largest contributor to the overall increase (if energy is removed, the S&P 500 would show a 3.7% decline in year-over-year earnings growth): 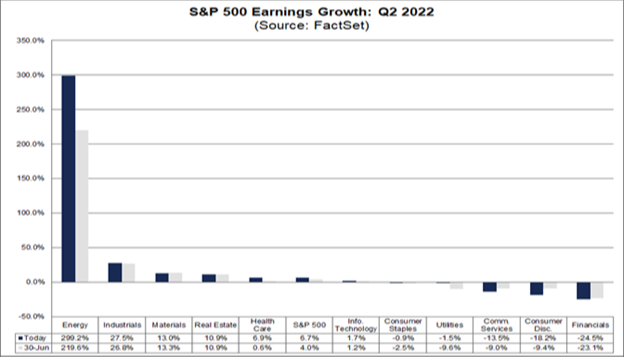 Moving to revenue, 70% of S&P 500 companies beat estimates, which is above the five-year average of 69%: 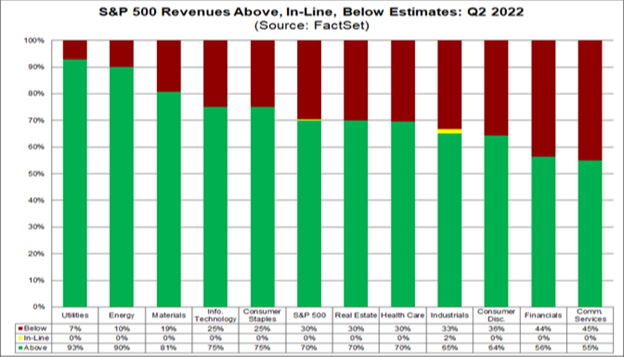 In aggregate, these companies reported revenues that are 3.5% above estimates. Surprisingly, this is the third highest revenue surprise percentage reported by the index since FactSet began tracking this metric in 2008.

Obviously, inflation plays a role in larger revenues. Price hikes have hit many parts of the economy, so it’s logical to connect that to revenue growth. We can’t say precisely how much inflation is responsible for revenue growth, but we don’t think it’s entirely responsible. Nonetheless, the blended revenue growth rate for the second quarter of 2022 so far is 13.6%.

Looking at the chart below, we can see that upward revisions and positive surprises in the energy sector have been over the largest contributors to the overall increase in revenue growth: 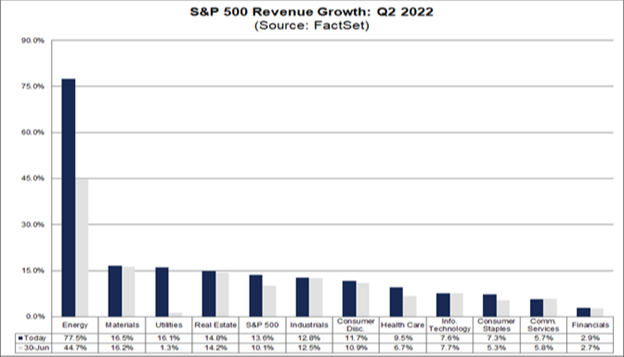 Now looking ahead, according to FactSet, analysts expect earnings growth of 5.8% for the third quarter of this year and 6.1% for the fourth quarter. If that happens, it will lead to a full calendar year 2022 earnings growth rate of 8.9%.

We value this data because we think it frames the landscape we’ve mentioned: things aren’t as bad as initially feared thus far. The question is why has that supported the market run up during earnings season?

What Causes a Market to Crumble

Most people think huge selling is what drives markets downward. But we would argue that when markets turn from bullish to bearish, it’s actually the absence of buying. Conversely, when bulls follow bears, it’s the lack of selling that causes the upward movement.

In our opinion, the recent earnings data caused sellers to disappear, creating the recent market support that we have seen because of a sense of newfound clarity. If we look back to when the bear market started at in late 2021, we can see that's when selling started to hit and there was no real buying taking place to absorb that selling without impact.

See, there’s always selling in the market. When there's also buying pressure, the buyers just absorb the sellers and the market pushes higher.  But beginning in late 2021 there was no real buying to absorb the selling though, thus the downward market pressure.  Conversely, when sellers vanish, like they have over the past month, there's no one left to mute the buyers. We then get market runs like we’ve seen recently.

Looking at the two charts below, we can see that at the end of June, selling started to dwindle. Buying then began to pick up around mid-July:

People think the bear market started this year, but it started in late 2021 when buyers disappeared. Without buyers, the sellers could step in with nothing to get in their way.

But on July 15, 2022, selling basically dried up. This caused the dramatic ramp up in the MAPsignals’ trusty Big Money Index (BMI), which measures “big money” investor activity: 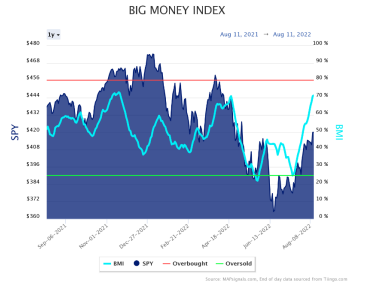 For most of the last two years, capital has rotated like a washing machine amongst different market sectors. But as of mid-July, we’re seeing capital flow broadly into sectors with minimal selling pressure (notice how utilities and health care gained big once selling dried up, even with only modest buying): 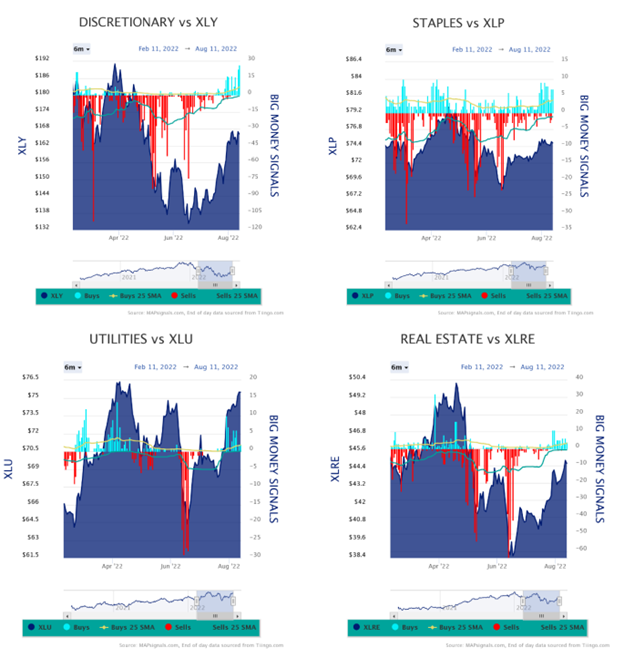 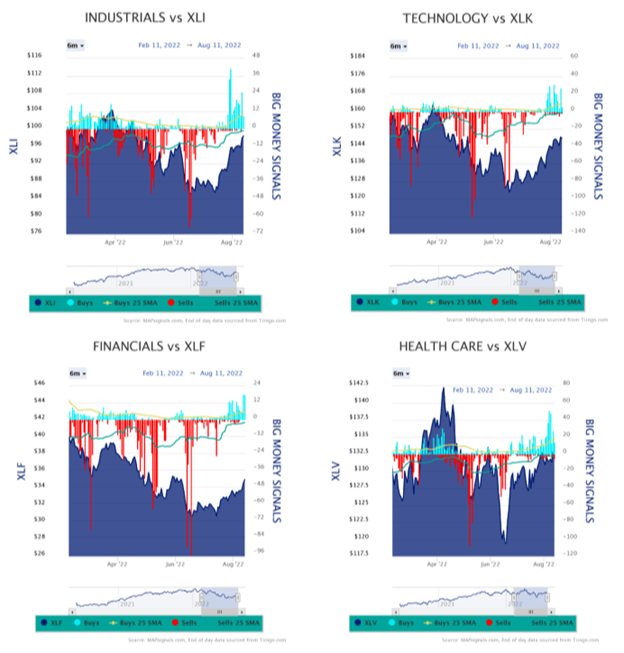 Overall, this buying isn’t massive by any means. But when there is hardly any selling to speak of, it amplifies the positive buying effect.

Looking back, it seems that as more clarity came from the Federal Reserve on interest rates and inflation along with earnings season data being more positive than expected, sellers disappeared. Maybe the bears got tired and needed a nap?

Kidding aside, we certainly expect see some volatility consolidation in the near term due seasonal low trading volumes and the recent quick market run up. Markets may dip on news and current sentiment.

Still, the longer-term picture seems to be clearing up with the help of real-world data. As such, investors are flowing back into several sectors besieged by selling pressure for the better part of over nine months.