Bulls May Still Have Room to Roam

There is growing evidence that the market is fearless right now. There hasn't been a 5% correction in the S&P 500 since before the presidential election. And recently, the index set seven record highs in a row, which is the longest streak since 1997.

But starting this week, we’ll begin hearing from companies on their second quarter earnings. How good will they be? And can they continue to support this fearless market?

We believe they’ll be very good, letting the bulls continue to run, albeit with some typical summer volatility.

The broadest measure of U.S. corporate profits is the national income and product accounts (NIPA), which includes all public and private companies. According to the Federal Reserve Bank of Saint Louis, year-over-year growth in NIPA after-tax profits is up 28.1% from the same quarter last year. The first quarter also represented a 7% increase in profits over the last quarter of 2020, which is an annualized increase of more than 30%. Our data suggest the rate of increase for 2021’s second quarter profits could be more than 50%.

Critics sometimes allege that companies inflate their earnings, but nobody says corporations inflate their taxable income. That’s why we like after-tax profit as a data point. And as you can see, taxable profits keep rising: 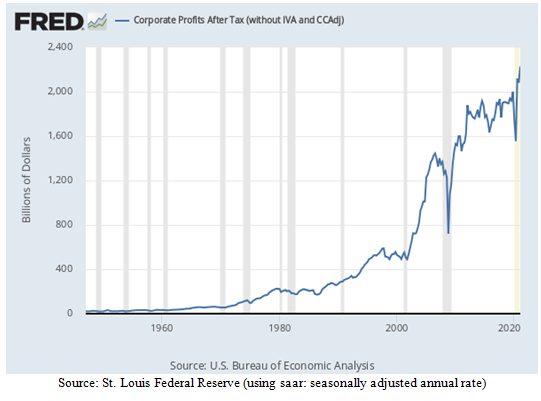 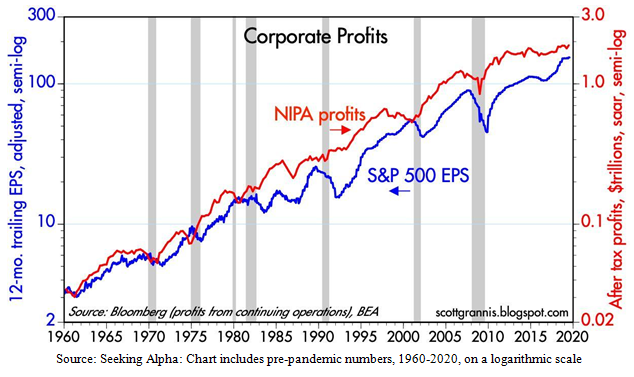 Looking forward to earnings season, analysts are expecting second quarter profits to come in 64% better than a year earlier. Admittedly, last year’s performance is handicapped by the COVID-19 lockdown. But consider this – second quarter 2021 earnings are also expected to be 8% above second quarter 2019 earnings. If true, that means domestic corporations grew at a net 4% per year through the pandemic.

Further supporting our bullishness is the fact that analysts often underestimate earnings. Only back in April, analysts were predicting second quarter earnings would be up 54%, a full 10% below where they are now. And that’s just one example of many, which is why we think analysts could still be underestimating earnings.

Consider how analysts were way off on the first quarter of this year too. Consensus estimates predicted the S&P 500 would be up 16% year-over-year. But it came in up 48%. At one point we thought the first quarter would reflect all-time high growth rates, but it looks like the second quarter will surpass it by a lot.

Looking forward for the rest of the year, famed economist Ed Yardeni (someone whom we’ve cited before) is projecting earnings growth to “slow” to 22.9% in the third quarter and 16.6% in the fourth. If our math is right, that makes for an average of about 37% earnings growth for the full year.

Remember, there is still a record amount of money on the sidelines available to pour into stocks on any small correction. That's why we haven't seen a big correction since October, as those with cash “buy the dips”. Additionally, the M2 money supply is still up $5 trillion since the start of 2020 and demand deposits at commercial banks are up $2.4 trillion in the same 18 months.

Perhaps one of the strongest reasons for continued market growth for the long term investor – and today’s investors know this all too well – there really is no alternative to stocks. There’s even an acronym for this situation – TINA – There Is No Alternative. Treasury bills, bonds, cash, and now even many junk bonds offer negative real after-inflation yields.

Now all that bodes well for the remainder of the year but our readers should not get concerned if we seem some short term summer seasonal volatility.  Remember that Wall Street traders take their mandatory 2-week vacations and button up their risk while they are out, which data shows historically leads to less volume and increased volatility.  The current data is beginning to show this effect as high frequency traders and algorithms take advantage of lower liquidity to push stocks around.  But don’t get too bearish, as green shoots will follow.

Up until this week our data has been bullish but that is changing.  The middle of last week saw a notable pick-up in selling, putting pressure on our Big Money Index (BMI), as reflected below in the divergence circled in red: 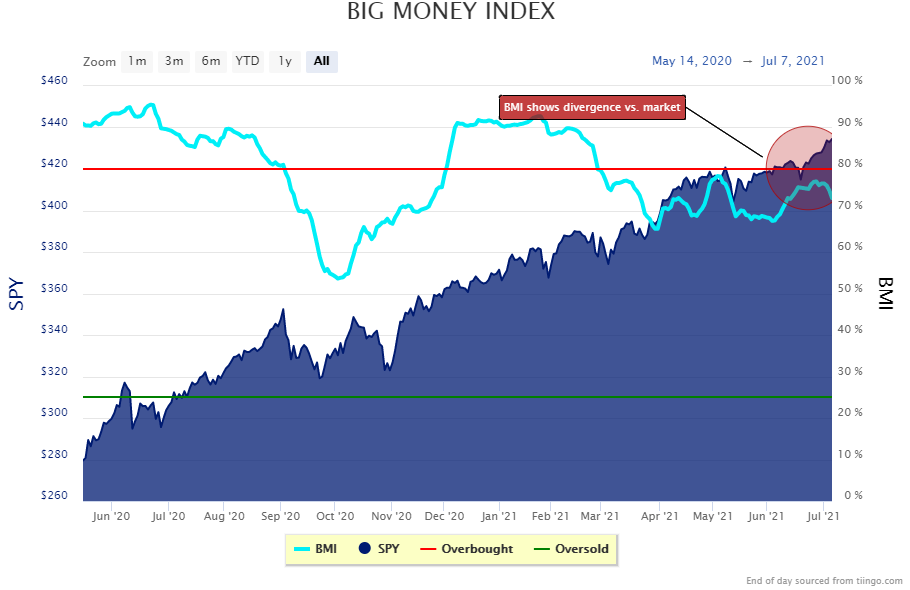 We also see the same pattern under the surface as the number of stock sell signals are increasing: 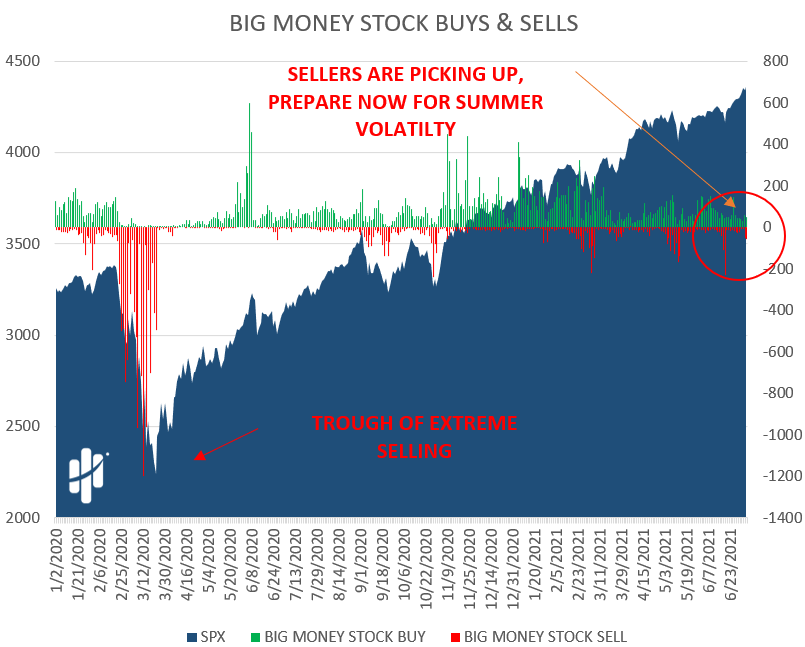 Zooming in, we can see the uptick in red and decline in green showing less stock buying compared to the previous few weeks: 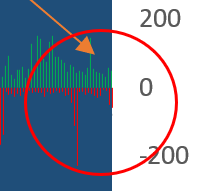 So as we can see, the data is indicating that we should be ready for short term summer volatility.  But remember that is not abnormal historically.  The chart below shows the mediocre results in July and August going back to 1996: 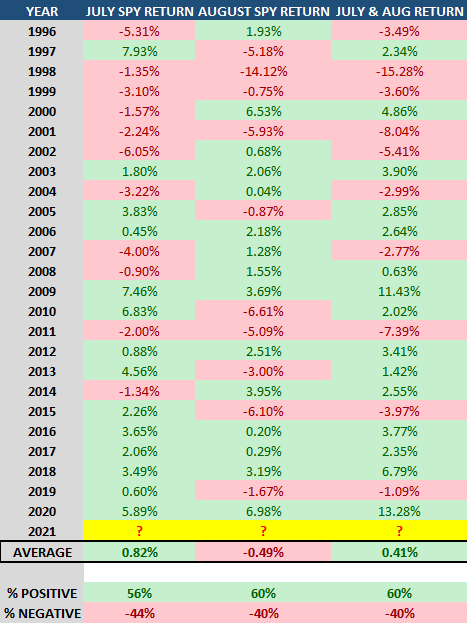 This fits with our narrative to prepare for summer volatility.  But that is not the whole story as history indicates green shoots ahead after summer volatility that should be supported by the earnings data discussed earlier.  For the past 25 years, per the chart below, September through December are incredibly strong: 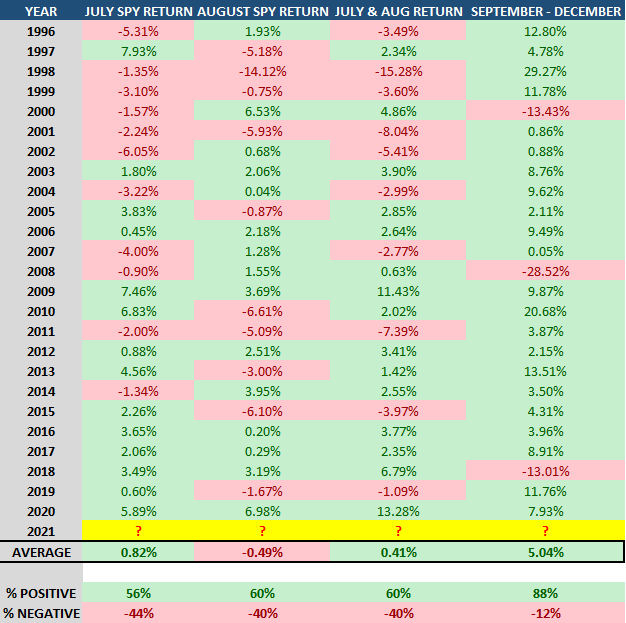 Obviously, this is not an apples-to-apples comparison but it does suggest that, with the support of underlying corporate earnings strength, stocks are not “ahead of their skis” once we look past the short-term summer months.