Investors have been pummeled lately with news of additional negative inflation data and its effects on the economy.

On the surface, one might surmise the doom and gloom implied by high inflation in an economy so consumer-centric would have had a much bigger impact on the S&P 500. But as of this writing, it’s down 8.40%.

Soaring prices due to inflation, especially anything related to discretionary spending, theoretically would almost certainly affect spending patterns that reflect those elevated prices. But recently, we decided to do a deep dive and look for both anecdotal evidence and data, only to come away with the conclusion that this seemingly rational position may be incorrect.

As we discussed, trying to predict when inflation peaks is a fool’s errand. But this past week there was an upside surprise in one data point that we watch, and we believe it bears closer watching to see if it's a fluke or pivotal moment.

This data point is the University of Michigan’s Index of Consumer Sentiment released on April 14. It preliminarily reported a jump for April to 65.7, which is up from March’s 59.4 (consensus was 58.8): 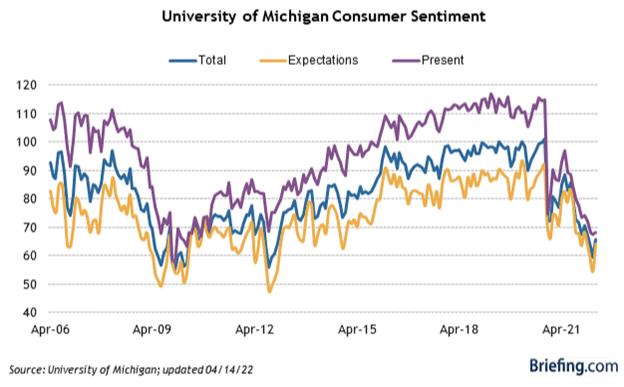 A takeaway from this is that consumer sentiment improvement was driven almost entirely by the expectations index. People seem to be more optimistic about the future. Also, it’s interesting how this reading coincides historically with prior sentiment lows in April 2009 and April 2012.

Our thinking behind this potential jump within the consumer sentiment index, and thus the market, is that this time around there's a solid foundation of consumer spending demographics. Per credit card company Visa:

Visa highlights two reasons for this. One is demographics. There simply are more consumers over age 60 than there were previously. But more importantly, it comes down to behavior. That is, baby boomers are retiring later while also maintaining budgets for travel and other discretionary spending: 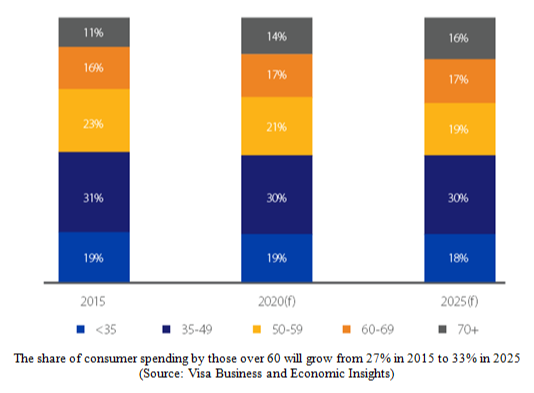 Additionally, we believe this consumer spending thesis is supported by another significant driver – the staggering transfer of wealth beginning to take place between now and 2045. During that time, a total of $84.4 trillion in wealth is expected to pass to beneficiaries, according to Cerulli Associates.

Generation X is expected to get the highest inheritance amounts at $29.6 trillion collectively. Millennials follow with $27.4 trillion, and then Generation Y at $11.5 trillion. To put this data in perspective, U.S. gross domestic product is forecasted to top $22 trillion in 2022, or roughly a fourth of the amount of money that will go to our kids, grandkids, and great grandkids.

This provides some basis to the level of confidence consumers are exhibiting, despite high inflation. While this transfer of wealth will evolve over several years, it paints a landscape of incredible financial security for the next three decades while also supporting significant consumer spending in the here and now. Investment assets should benefit too, as history has shown how windfalls, especially unexpected ones, tend to find their way to markets.

So, while the current economic situation has provided some headwinds this year in a largely consumer-driven economy, there are significant financial data points to support long term consumer spending and the economy, regardless of short-term difficulties.

As we receive more data on the current year’s market performance, it’s becoming clear that only certain stocks are being hurt by selloffs, while others flourish. While that perhaps could be true of any market at any time, it’s particularly pronounced now due to the combination of factors influencing markets, namely inflation, rising interest rates, and a shaky geopolitical landscape.

Interestingly, despite a dismal 2022 from markets overall this far, the trusty Big Money Index (BMI) from MAPsignals, a measure of “big money” investor activity, has been on the rise since late February: 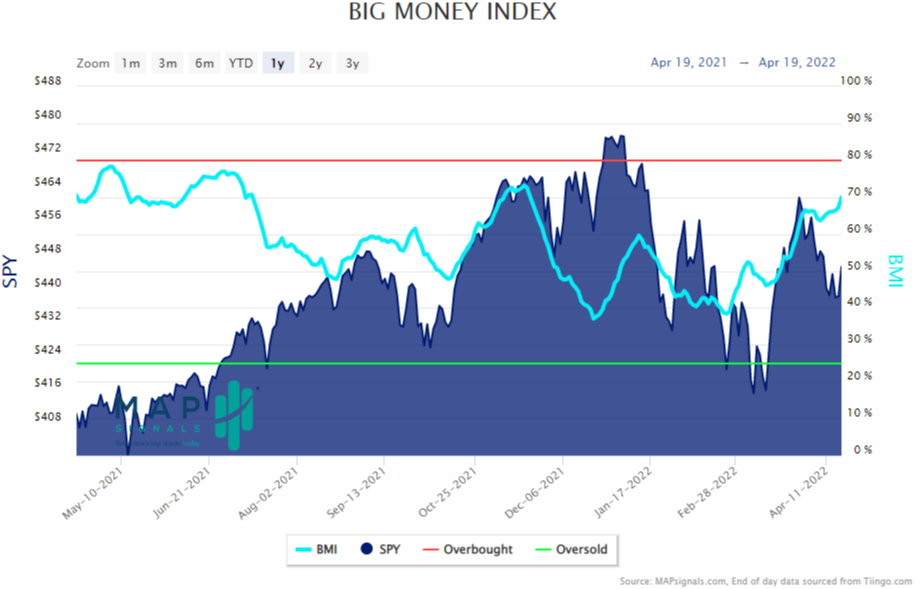 How can that be?

Many portfolios are drowning in red numbers. But the answer lies in the unobvious – namely that selling has dwindled from extreme levels down to more normal levels: 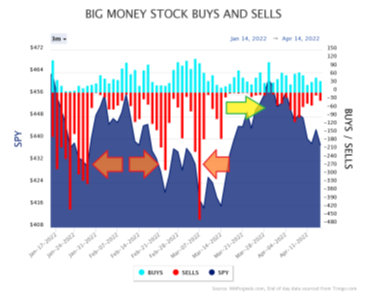 With selling pressure lessening, the BMI can lift.

The truly interesting happenings though are taking place among sectors. The picture emerging is that the big consolidation has taken place and a new path forward is apparent.

As we know, going back to November, many popular stocks were hit hard. Selling intensified in technology, discretionary, communications, and industrials. But as you can see in the charts below, selling in those sectors has mostly evaporated since late March: 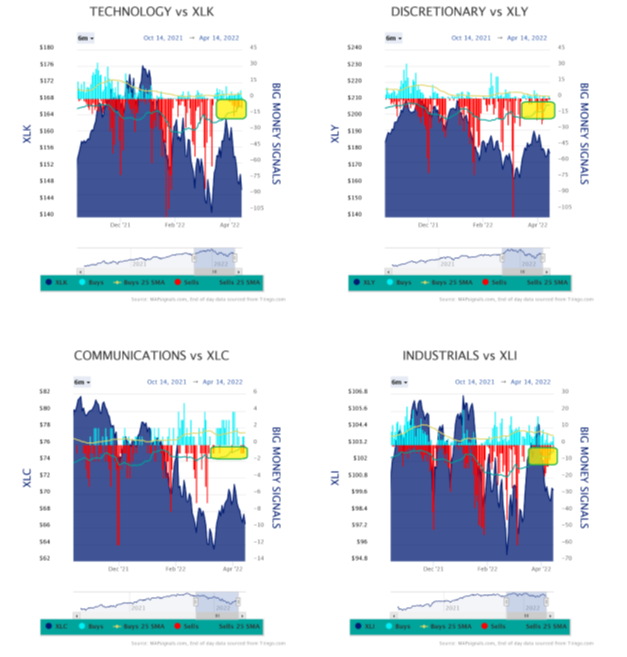 The strength this year has been in energy, utilities, staples, and even real estate, especially recently. These are defensive sectors typically and they’re thriving now.

Understanding all this, it's easy to see that the stock market at a macro level hasn't told the entire story. The divergence in the market during this reset gave us a nauseatingly volatile ride. But now we’ve seen selling in the weakest sectors slow or stop altogether. That’s a good thing.

Of course, rotations can always return. Markets are constantly evolving. That said, where are today, things are starting to become more clear from a data standpoint.