Strong Signs the Bull Will Keep Running in 2020

Our 2019 outlook forecasted a year of growth with some rockiness along the way. Looking back, it’s clear 2019 was a strong growth year. It also capped off the first decade in our history without a recession: 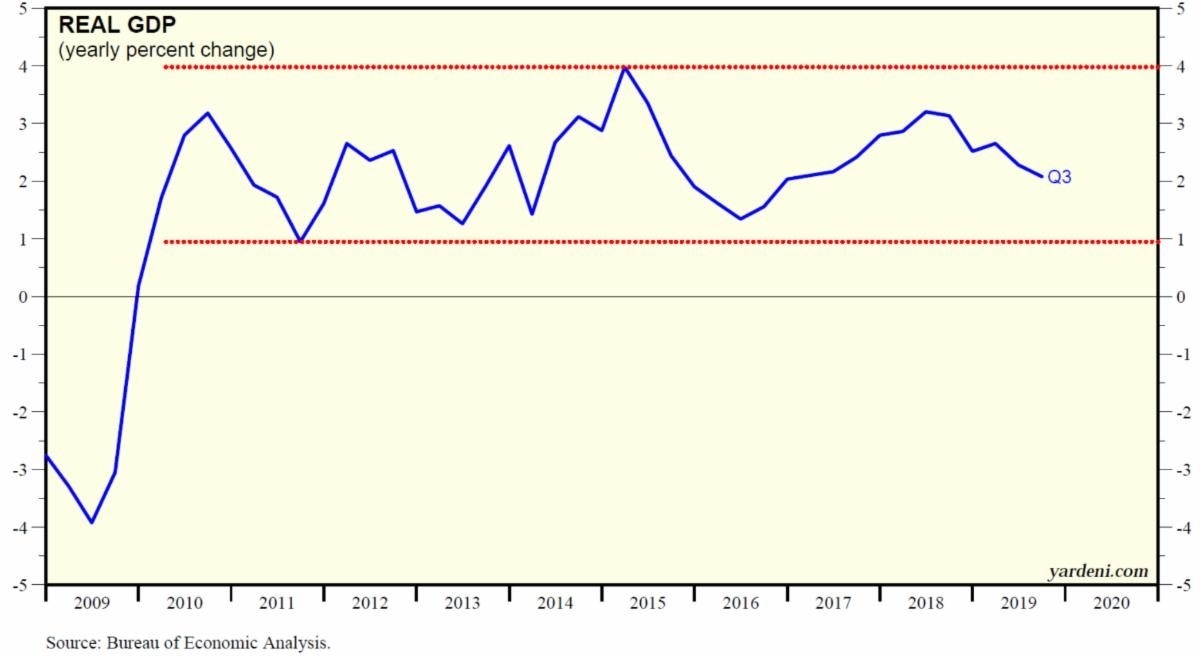 Last year was a huge run for the economy overall and some themes for the future are starting to take shape. Here’s what we expect in both the near-term and for this year.

The end of 2019 saw a “Santa Claus rally” in the stock market, which can create the fear of missing out (“FOMO”) for investors and lead to a “January effect,” where stock prices tend to increase. We see five macroeconomic factors that could support early 2020 gains:

Any of these factors has the potential to move markets upward. When viewed collectively, the potential for early 2020 growth is strong.

We were bullish going into 2019, probably more than most considering the bad effects of 2018’s last quarter. But that bullish expectation turned out to be correct, because as we discussed over and over, Cornerstone bases its strategies around data and fundamentals, which pointed to 2019 growth.

For 2020, we see the S&P 500 growing to somewhere around 3,650, based on our economic analysis. While that may seem overly optimistic to some, we’re only about 12.5 percent away from that right now. Stocks remain cheap given the level of profits and expected earnings growth: 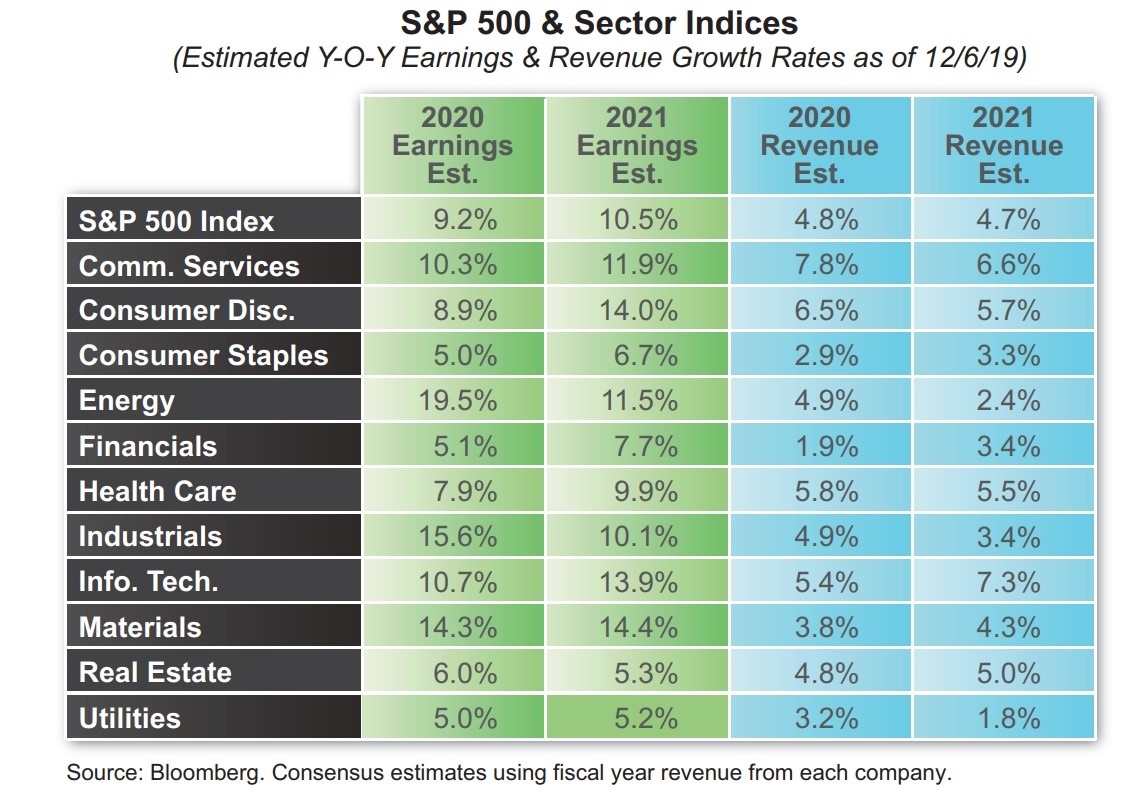 We evaluated two key criteria for our 2020 market estimate.

First, we considered the likelihood of a near-term recession. We don’t see one. The economy is still adapting to lower tax rates and monetary policy remains loose. Additionally, homebuilders are still building, and consumer spending power is strong, so a recession seems unlikely.

Second, and more importantly, we used a capitalized profits model to gauge future growth prospects. It takes the government’s measures of profits from gross domestic product (GDP) report data and divides them by interest rates to determine fair values of stocks. Using this methodology, the current 10-year Treasury yield of 1.85 percent suggests the S&P 500 is grossly undervalued.

We’re forecasting GDP growth of 2.5-3 percent, supported by more home building and business investment than in years past, along with the strong consumer purchasing power already mentioned.

The labor market should remain strong in 2020, with the jobless rate settling somewhere between 3.3-3.5 percent and wage growth continuing. If that happens, it will be the lowest unemployment we’ve seen since the 1950s. We also see payroll growth of 150,000 per month on average.

Other signs of good things to come include lower cancer rates, the increased values of technological innovation, and perhaps most encouraging, the fact that public policy is inducing growth rather than holding it back. In fact, it could be said 2019 was the best year in human history, which isn’t something you’ll see in the headlines too often.

But there is potential for danger. The biggest risk to a strong 2020 is political, both domestic and geopolitical. We’ll know much more about that when we find out who comes out of the Democratic presidential primary race for the November election. Until then, it’s wait-and-see.

In short, while this economic expansion won’t last forever, we don’t see it ending in 2020.