More than $3 trillion in capital is sitting on the sidelines, waiting to be deployed. Coupled with the huge amount of stock buybacks we’ve seen the past few years, and increasingly larger dividend payouts, this could be the fuel for more economic growth in the future.

Stock buybacks help firms return capital to investors because they lessen the inventory of available shares and increase stock prices. And there has been a lot of it going on. 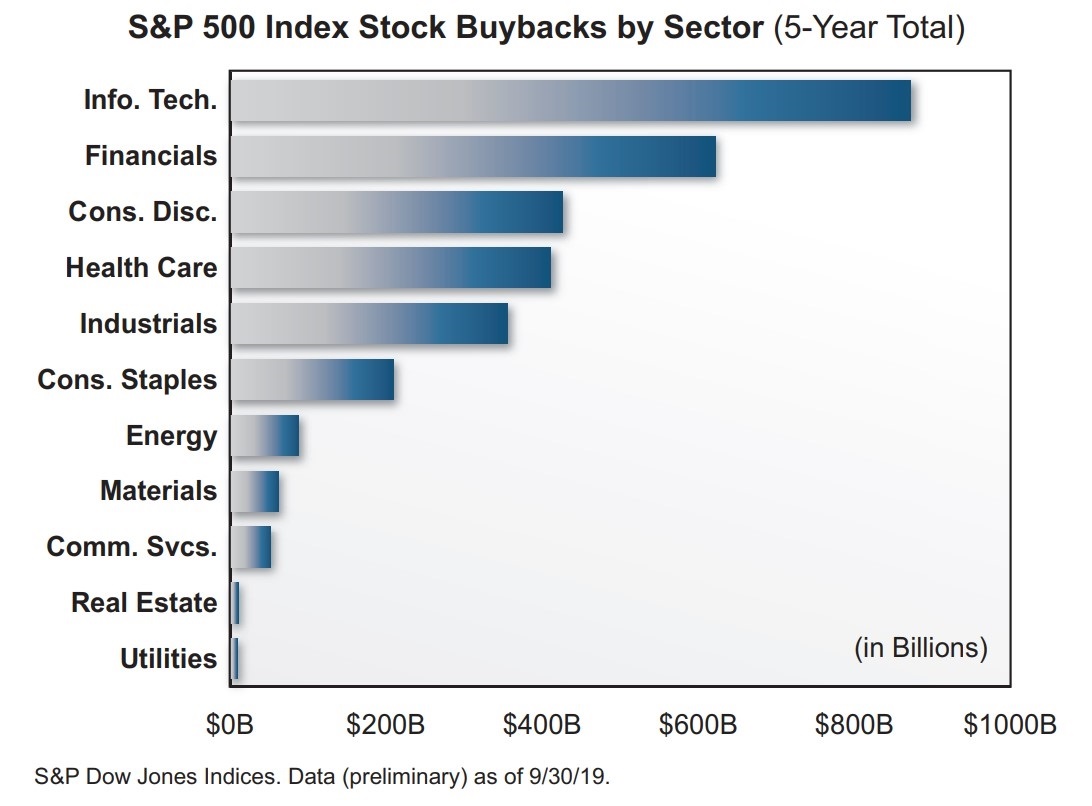 S&P 500 Index stock buybacks totaled $175.89 billion in the third quarter of 2019, according to the most recent data available (it’s only provided quarterly). That may be the new norm, as analysts have buybacks at a base level of $170 billion per quarter moving forward.

In all, S&P 500 Index companies have spent more than $3.114 trillion on buybacks since 2015. As the above chart indicates, information technology, financial, and consumer discretionary stocks led the way. That’s not surprising since all three industries had stellar years in 2019.

Buybacks aren’t the only thing that’s up – dividends are too. Companies are rewarding shareholders with larger dividend distributions. S&P 500 Index dividends in the third quarter of 2019 totaled $123.12 billion, an all-time high payout.

And we could be in for more.

Continued buybacks, larger dividends, and that $3+ trillion in investable cash on the sidelines make a strong, bullish case for continued growth in the U.S. equity market this year.