Markets and Taxes Likely to Rise

Buckle in folks because it’s time for a post on everyone’s favorite topic – taxes! I know this subject is right up there with root canals and rush hour traffic, but with a new administration running the show in Washington D.C., the tax landscape is about to change – and it will likely affect you. 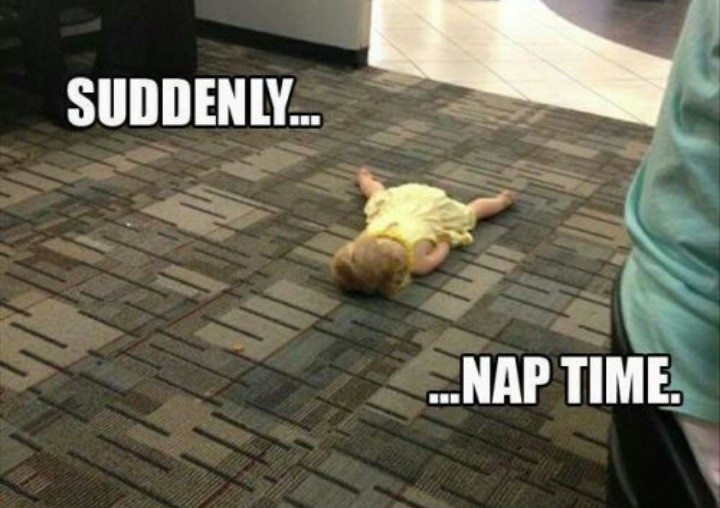 Setting the stage for this is the fact that the federal budget deficit hit an all-time high of $3.1 trillion last year. With the passage of the most recent additional stimulus bill, it’s set to be even higher in 2021. This is all happening while we watch and wait for the unveiling of the long-discussed infrastructure bill that could cost as much as $4 trillion over the next 10 years.

A trillion here, a trillion there. No big deal, right?

Thus far, in an attempt to stay consistent with his campaign pledge, President Biden is currently not going to raise taxes on people making less than $400,000 per year (although it seems like that is households, not individuals). But when doing the math, that's not where the money is anyway.

Let's say lawmakers raise the top personal tax rate of 37 percent back to 39.6 percent. That would generate only an additional $20 billion in extra revenue per year. If they also raised the 35-percent income tax bracket to 39.6 percent, it would raise only an additional $13 billion per year. However, the 35-percent tax rate kicks in at $209,426 for singles and $418,851 for married couples, which means that path would violate President Biden’s campaign promise.

Thus, closing the deficit with individual income tax increases is like trying to fill a swimming pool with a teaspoon. To put it in even greater perspective, if we were to go all-in and raise both the 35-percent and the 37-percent brackets to a 100-percent tax rate, and all those people keep working and paying everything they made in taxes, we would still only raise $681 billion.

That's why Cornerstone thinks the most recent trial balloon floated by Secretary of Transportation Pete Buttigieg – a tax on automobile mileage as a workaround for the administration’s income tax promises – must be taken seriously. At this point, we still think it would be very tough to get 50 Senate votes for a entirely new federal tax system or a complete Elizabeth Warren-style overhaul. Still, there are some potential tax policies, in a veritable sea of them, that are worth preparing for because of their likelihood of being enacted into law.

Some will never happen. Others could. Here are four revenue-generating reforms we think will be put in place in some form during President Biden’s time in office:

One thing we can say for sure about all this is some of the projections will be wrong. But we think most of them will be right. In fact, the bargaining on tax hikes has already started in Washington D.C., at least behind the scenes. It's a long process, but we can say with high conviction that starting next year, taxes will be going up as this will need to be pushed through before the mid term elections next year from a political standpoint.  Therefore, at Cornerstone we are keeping a close eye on the developments in order to factor in the potential effects to the equity/bond markets, estate planning and long term financial planning strategies.

Heading into the end of the quarter, we knew the market would be choppy. But some late headlines surfaced, helping contribute to some extraordinary volatility.

First, it came out that China was contemplating tighter regulations on data collection for Chinese stocks. Then came some unsubstantiated rumors that Chinese American Depository Receipts (ADRs) risked being delisted due to accounting standards. And the nail in the coffin was the news of the forced liquidation tied to the family office/hedge fund Archegos Capital Management LLC.

With Archegos in particular, we found this to be a particularly good example of how much “big money” institutional investors can move the markets – there was an estimated $10.5 billion in stocks liquidated on March 26. We saw the power reflected in MAPSignals’ trusty Big Money Index (BMI).

While the Archegos liquidation was said to be more than $10 billion, it focused on just a few institutions. For most of the “big money,” even the institutions directly involved (Goldman Sachs in particular), it was not much more than a blip on the radar.

Meanwhile, the drastic sell-off basically took one hedge fund to its knees. But don't forget, if you own great stocks that temporarily go down, no one can force you to sell unless you use leverage. When margin calls come in and you can't meet them, that's when you're forced to sell. That is the risky path that this hedge fund took.

The volatile liquidation, along with ripples elsewhere in the market, was especially noticeable in the BMI because there aren’t many buyers out there at the end of the quarter: 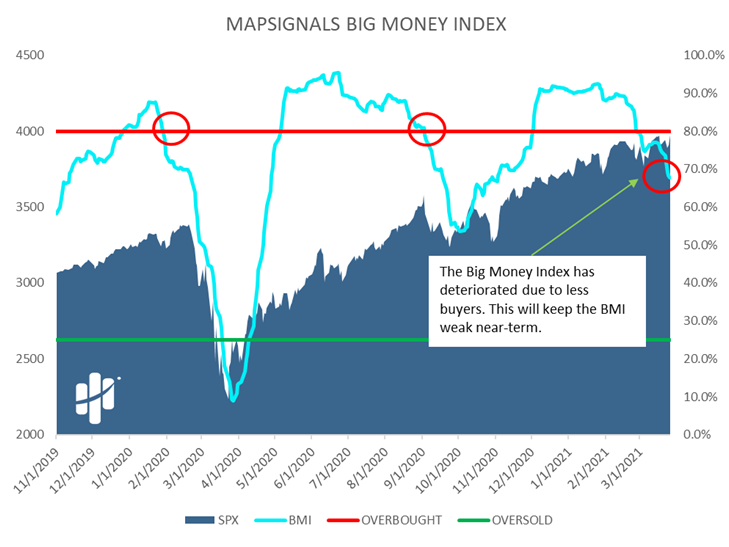 With only sellers, dips and volatility make more sense. The 2020 earnings season is over, and everyone is waiting for 2021’s first quarter results to start in a few weeks. Plus, liquidity is low, and volumes have fallen. Such a climate is ripe for volatility exasperated by “big money” selling.

Please understand, this forecast centers on the short term. We still think the bull will run well in 2021. When the clouds lift in a few weeks, earnings will be strong and great stocks will go up. The reality is the data is playing out close to what we expected going back to our predictions at the beginning of the year.