Looking Under the Hood

The range of plausible 2020 economic outcomes is wide right now.

Key factors on our ultimate fate include measures that don’t normally drive economies. As we’ve discussed, it’s the spread of COVID-19, how fast the economy opens, the development of therapies, and how quickly people are willing to go back to work.

The holding pattern we’re in is unprecedented. To understand it better, look under the hood.

We monitor high-frequency data because it helps dial in the macrolevel plausible outcomes. But investors don’t buy shares of the gross domestic product. 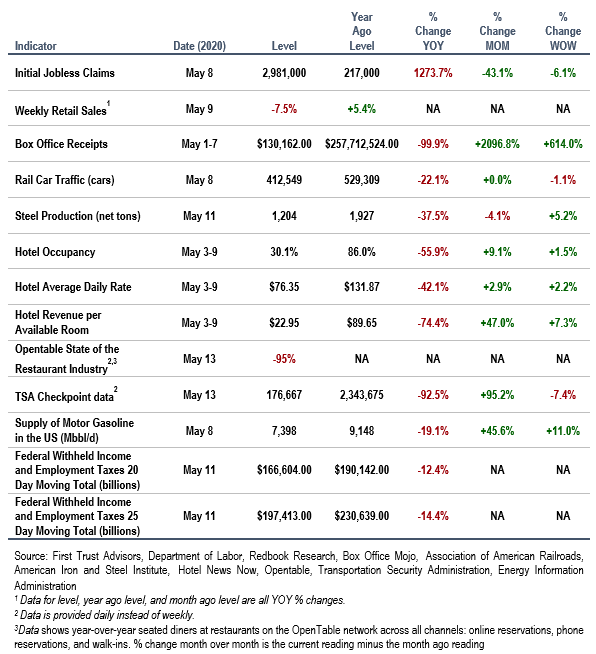 Instead, investors buy ownership stakes in distinct companies or sets of companies. Some of those investments win, while others lose. This concept explains why some businesses are doing well right now, despite what’s happening to the greater economy.

Imagine Company A has a major competitor (Company B), and one day out of the blue, Company B’s facilities are destroyed by a meteor. That would be a catastrophic situation, obviously. The ripple effect could be huge. Nevertheless, Company A’s value would increase as a result of less industry competition.

This is basically what we’re seeing with COVID-19.

The virus is decimating some businesses. Meanwhile, others that could stay open, like technology firms and big-box stores, are benefitting. In this case, the larger, better capitalized firms have a distinct advantage over Main Street competitors.

Has the market bottomed out and rebounded too fast? That’s the biggest question we face this week. History shows us “the bottom” is often a multi-phase decline.

The first phase is sharp and fast (sound familiar?). Phase two is a “retrenchment valley,” which features pullbacks and is essentially what we’re experiencing now. Phase three is often a retest of earlier resistance levels.

We, along with other market analysts, are seeing strong technical support for the latest retest on the S&P 500 around the 2,600-2,700 mark. If we get such a correction (i.e., buying opportunity), great – bring it on. It’s a fantastic opportunity to reinvest dry powder.

Speaking of dry powder, Americans have amassed record amounts of cash. Maybe it’s because so much is closed. But we like to think it’s a strong indication that American individuals and businesses have learned valuable lessons from past financial crises. 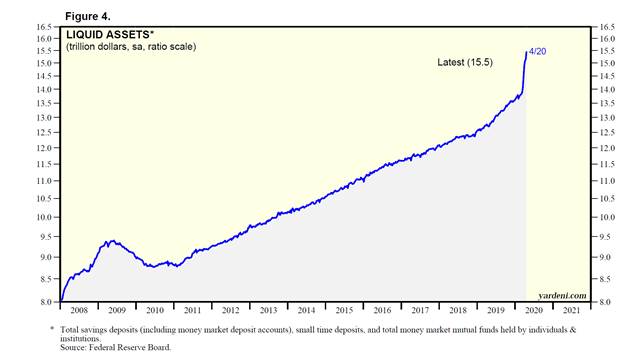 Personal savings has also spiked, going from $1.3 trillion to $2.2 trillion in March: 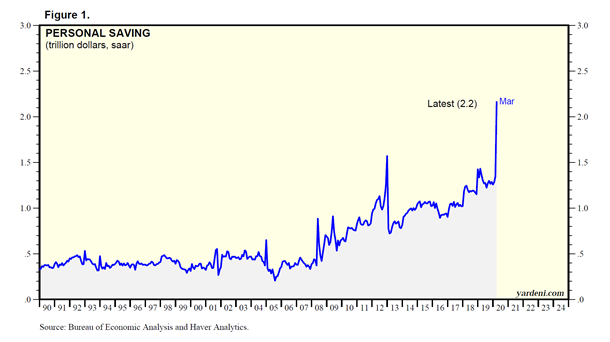 This led the personal savings rate to jump from 8 percent to 13.1 percent in March. It’s a good indication of American financial discipline, which is something we can view as a definite positive for a robust economic recovery, whenever that may occur.

Recently we reached 87.6 percent on the Big Money Index, which is a metric we’ve discussed several times over the past weeks and months. It’s clear we went to a highly overbought state quickly:

To be clear, that doesn’t mean the market is about to fall. Rather, it means we’ll watch for the index to flatten out and regress a bit. That shift will be the next buying opportunity.

Now, we could experience some sustained overbought periods, like in 2016 and 2019. But by analyzing individual sector movement, we can see there is almost no selling right now (overbought is easier when there’s no selling):

On top of that, we saw health care tick above 25 percent buying for the first time since February. When selling picks up, we believe there will be more opportunities for all that saved up liquidity to enter the market.