The COVID-19 pandemic has produced an array of…let’s call them “bizarre” experiences so far. But here at Cornerstone, we must say that seeing millions of young investors taking part in a real-time short squeeze phenomenon was better than watching any sporting event in an empty stadium.

Prior episodes of forcing short sellers to cover were typically instigated by professional market participants. Such activity was considered more of a “sport of kings” that garnered little fanfare and barely deserved mentioned by the financial media.

But oh, how the tables have turned. With GameStop and other stocks, we’re witnessing a great dramatic series in the making, watching David hit Goliath squarely in the forehead. 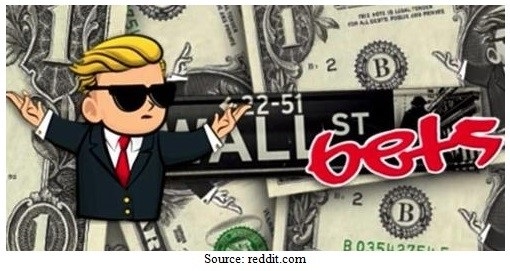 Perhaps even more astonishing, we finally have agreement between Senator Ted Cruz and Representative Alexandria Ocasio-Cortez (commonly known as AOC) on something – limiting investor access to markets is a mistake: 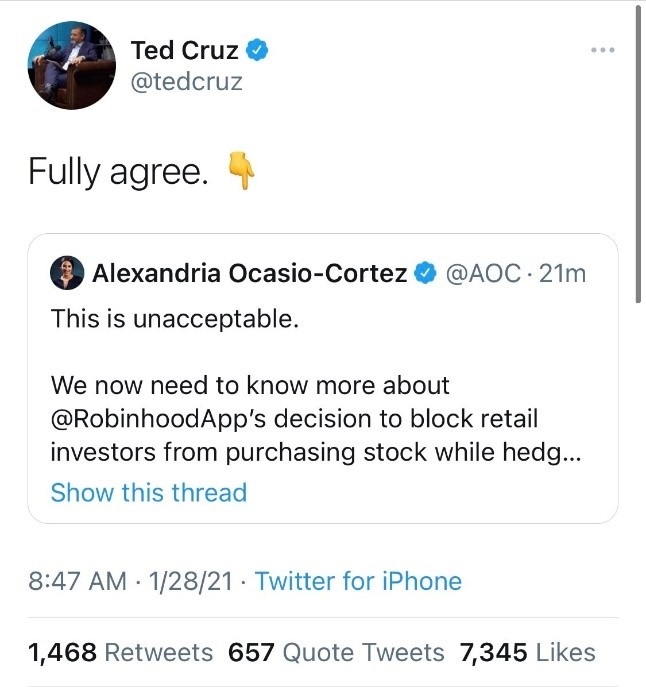 In case you were on vacation last week (oh wait, that’s not allowed), Robinhood, which is a new online trading platform that markets itself as democratizing investing, stopped users from buying certain stocks – including GameStop – during this short squeeze phenomenon. And while I’m not going to recap what occurred, I do want to do a postmortem of sorts on the situation so far.

Billions were made and lost. But while we're still sorting out who those winners and losers are, what we do know – and what we feel is important to analyze from the fallout of this situation – is that some trading platforms locked investors out.

One explanation that is perpetuated in the media is the investors in this situation were inexperienced, and thus vulnerable to risks they could not comprehend.

To be clear, nobody knows what the “fair value” is for the stocks at issue, Cornerstone included. Yes, there are inexperienced investors involved, however, both buyers and sellers influence market prices. The results of those actions, no matter how much volatility occurs, must be allowed to play out. It’s how markets are supposed to work.

Remember, short sellers sell shares of companies they don't even own, with the promise to buy the shares later so they can complete the transaction. In general, if the stock price goes down after the short, they make money. And if it goes up, they lose money.

We also can't help but notice how most of those bashing the small “David” investors, claiming they’re causing a stock price to soar above “fair value,” are the exact people who championed short sellers in 2008-09 when they drove the value of mortgage securities well BELOW their “fair value.” These folks throw their weight around when it suits them and their friends. This behavior is hypocritical, manipulative...and legal.

Simply put, we’re either in a free market or we’re not.

Forecasting is tough. We rely on forecasts in everyday life, but bemoan them when they fail us.

Market data is no different. But what’s the secret to being as consistent as we can be? Well, readers of this will know, we follow the data closely. When buying gets unsustainable, we expect markets to fall. And when selling is out of control, we expect markets to rise. This approach allows us to navigate crazy markets, like when a Main Street crusade comes close to putting some Wall Street titans out of business.

But back to data, we expect the next week to 10 days should bear out which direction the market will go. And the trend of the Big Money Index (BMI) from MAPsignals is clear as day – it’s been overbought for seven weeks and the data tell us the recent small batch of volatility is foreshadowing more volatility in the future.

In plain language, volumes have been huge since Election Day, and it’s been all buying. We've been saying it’s unsustainable with an overbought BMI. Then suddenly, we saw a recent monster volume spike, followed by another big volume day. But there were hardly any signals in the BMI.

Historically, that screams “big money” institutional investors are exiting stage left. While the index numbers you see in the media may grind a little bit higher in the short term, what's really happening underneath the surface is money is changing hands. “Big money” is using this opportunity to lighten risk.

We expect the BMI will start to fall in the coming days. It's been flat for a while and is now starting to fall: 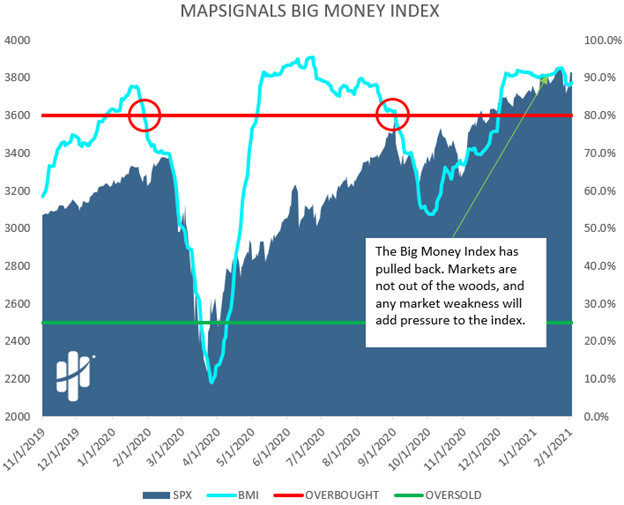 On the far right of the following two charts, the red circles reveal how there has been a sudden vacuum in “big money” signals in both stocks and exchange traded funds (ETFs): 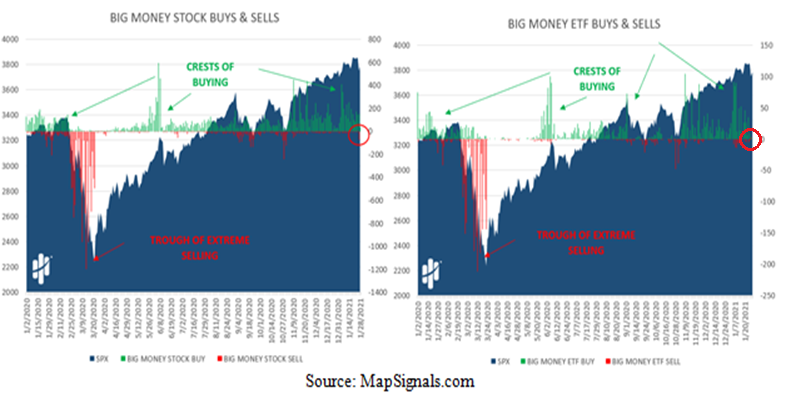 We’ve written before how big ETF buying indicates a frothy market. Well, the inverse is true too. When volume dips and there are more sells than buys, that’s the “big money” walking out. But we don’t say that to cause panic or fear – all markets need to reset periodically. We are in a bit of a holding pattern right now as the major selling pressure has not appeared yet but major buying also hasn’t resumed on a grand scale either.  Stocks have bounced back decently this week but the data is showing that it is with noticeably less Big Money support.

In our opinion, this isn’t the start of a new bear market. Rather, it’s a market blowing off steam which is both healthy and necessary. Investors should expect some choppiness. But remember, earnings so far have been great, and the economy is on the verge of a true reopening, both of which should benefit markets in the future.