Our readers know we’ve discussed inflation and its risk over time to equity markets. We’ve also covered strategies to mitigate this risk. Importantly, our analysis on all these topics centers on data – we only care about the data, which we continue to track daily.

But how long are we talking about?

Energy has driven much of the higher current import and export prices, and there's no doubt inflation has been alive and well through early June. But that is when prices for many commodities consolidated, which, on its face, is starting to give credence to the Federal Reserve's “transitory” inflation argument.

That said, we need to keep in mind how some of the recent commodity crunch is due to China releasing reserves to combat inflation. As evidence, see the price movements for lumber and copper: 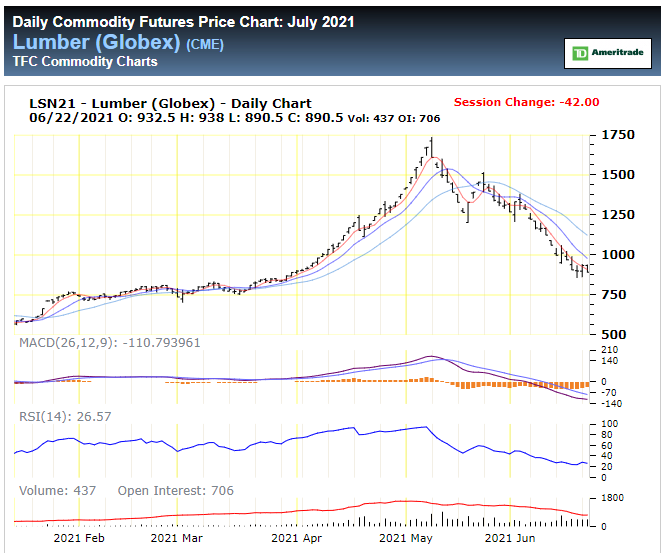 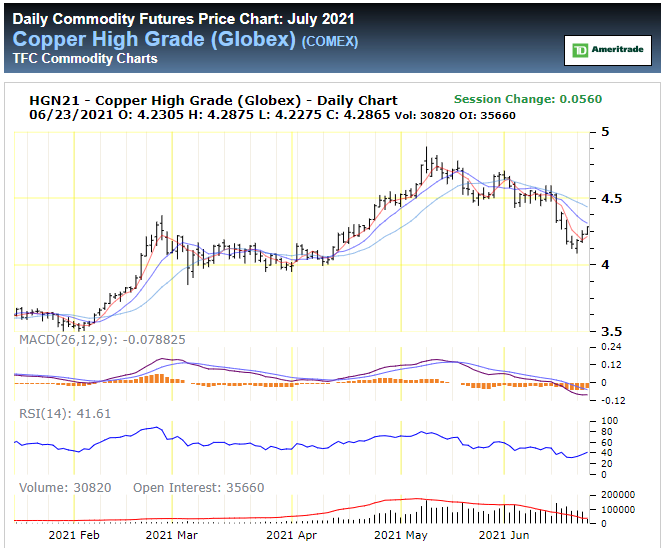 As you can see, lumber has dropped significantly since its peak in May. Copper is on a consistent downward swing as well. There's an old saying among commodity traders that helps explain transitory inflation – “The best cure for high commodity prices is high commodity prices.” That seems to be correct this time around.

There are several ways in which companies can return capital to their shareholders. In recent years, the two most popular (and sometimes controversial) are cash dividends and stock buybacks.

Last year at the height of the pandemic, both dividends and stock buybacks saw pullbacks by companies. Thinking this too may be transitory, we monitor the recovery of dividends and buybacks to see. Both returning to pre-pandemic trajectories could be signs of additional support for market growth.

In short, the recovery of dividends and buybacks is on (at least as measured by the S&P 500): 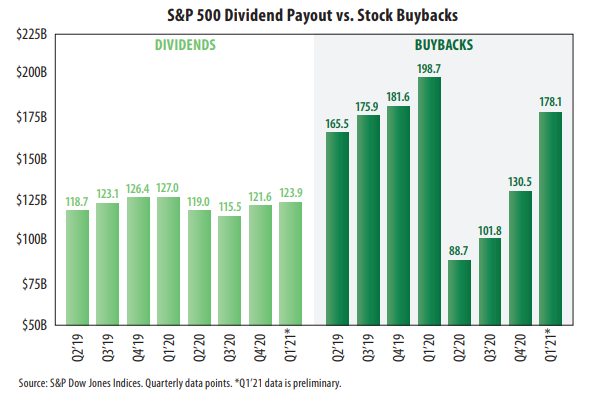 As you can see, the all-time high for S&P 500 dividend payments was in the first quarter of 2020 at $127 billion. Comparatively, the record for quarterly stock buybacks was in the fourth quarter of 2018 (not in the chart) at $223 billion. This year’s first quarter saw dividend payouts of $123.9 billion, which is up significantly from the previous three quarters, though still down on a year-over-year basis. Still, there is undeniable positive progress happening with dividends.

From the chart, it’s clear we see the same momentum with buybacks. This year’s first quarter saw buybacks hit $178.1 billion, which is also higher than the previous three quarters, but slightly lower than one year prior. In both examples, the trends are encouraging, despite dividends and buybacks not completely recovering to their pre-pandemic highs quite yet.

All in all, this is positive macro support for future growth in equity markets.

Additionally, companies in the S&P 500 still have deep pockets filled with money – corporate cash holdings in May 2021 reaching $2.03 trillion. That massive sum potentially signals additional growth in both dividends and buybacks going forward in 2021. This momentum could perhaps carry into 2022 and beyond too, which is sweet music to investors’ ears.