As markets start to stabilize and move sideways, we at Cornerstone want to take time to expand our analysis to look forward. Specifically, we want to discuss the types of market risks that will affect short- and intermediate-term outlooks by focusing on three main categories.

The first is health and wellness. Through this lens, we’ll continue to look at high frequency data to understand the effects of COVID-19 on consumer activity. With new closures around the country we are seeing slowing in growth of activity but not a large reversal again. 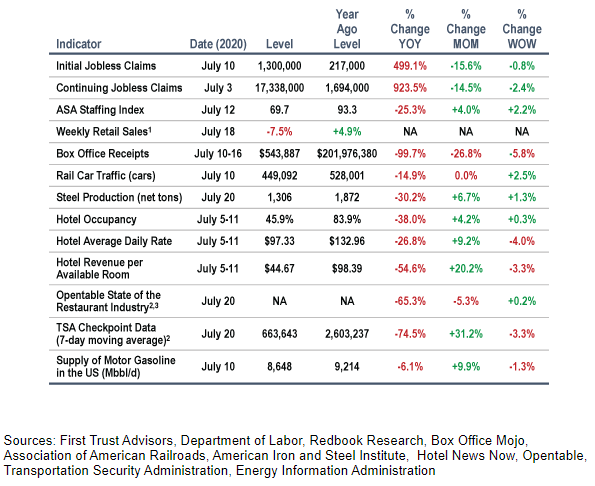 Thankfully, last week Pfizer and the U.S. government agreed on a deal to secure 100 million doses of a COVID-19 vaccine later this year. That is hopefully a giant leap in progress.

The second area of focus is the political/geopolitical environment, specifically the U.S. election in November and our rising tensions with China. Markets and economies are sensitive to world events. That’s particularly true now because of the pandemic. As such, future posts will cover these sorts of topics in more detail.

For instance, the seven largest firms in the S&P 500 – Alphabet (parent of Google), Apple, Amazon, Facebook, Microsoft, Netflix, and NVIDIA – were collectively up 45 percent so far in 2020, while the rest of the S&P declined 11 percent.

With that sort of divergence, it’s no wonder we’ve seen a sideways market the last few weeks.

For instance, one day those seven stocks will go up and the rest of the market will go down. The next day, the market will cycle, and we’ll see utilities, industrials, and so on rise, while the “big seven” and other tech stocks go down.

Money is sloshing around, giving investors some sort of a breather. So, who are the real winners then? The traders.

The phrase, “There’s no such thing as a free lunch,” is often attributed to famed economist Milton Friedman. In other words, someone needs to produce what we consume.

Thus, supply comes before demand. However, recent reports show huge gaps between supply and demand. That cannot go on in perpetuity if we are to recover.

To explain this phenomenon, retail sales in the U.S. fell off a cliff in March and April, bottoming out at a 21.7 percent decrease from 2019. Since then, retail sales have rebounded to the point where they’re 1.1 percent higher than a year ago, all while unemployment has climbed from 3.7 percent to 11.1 percent.

In contrast, industrial production fell 16.6 percent in March and April. As of this writing, it’s still down 10.8 percent from 2019.

So, the question becomes, how can Americans go out and buy more when we’re producing less? So far, the answer has been to borrow from the future stream of government deficits. 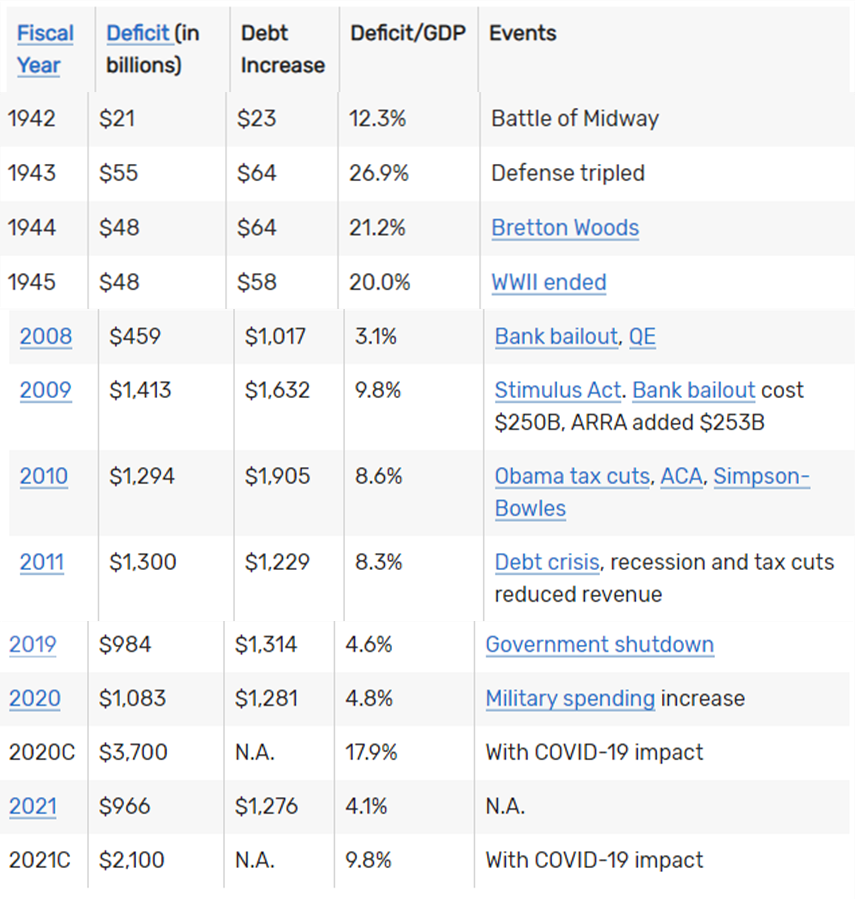 But at some point, we’ll have to pay for everything. With the huge amount of money in play, it likely can’t be done merely through an increase income taxes.

Consider that in April and May, government transfer payments were up 86.7 percent from a year ago due to COVID-19 spending. To put that in perspective, those payments made up 30.6 percent of all personal income in April and 26.4 percent in May.

From 2015 through February 2020, those same type of payments comprised about 17 percent of all consumer income on average. Prior to 2008, the rate was 14 percent.

Normally, the gap we see between retail spending and industrial production would indicate a systemic flaw and strong likelihood of outsize inflation on the horizon. But currently, signs of runaway inflation remain scarce.

Still, the combination of paying for transfer payments and the risk of inflation is a significant intermediate-term risk to our economy and markets. This needs monitoring in a post-2020 world.

The reason we haven’t seen inflation run rampant is the strong personal savings rate. It hit 32.2 percent in April, the highest rate on record by far since 1959 (the next highest level is 17.3 percent). And last year, the rate was 7.9 percent.

Since people aren’t rushing out to spend their transfer payments, inflation has been kept in check. But at some point, the personal savings rate will decrease. That is when the inflation risk will truly rear its ugly head.